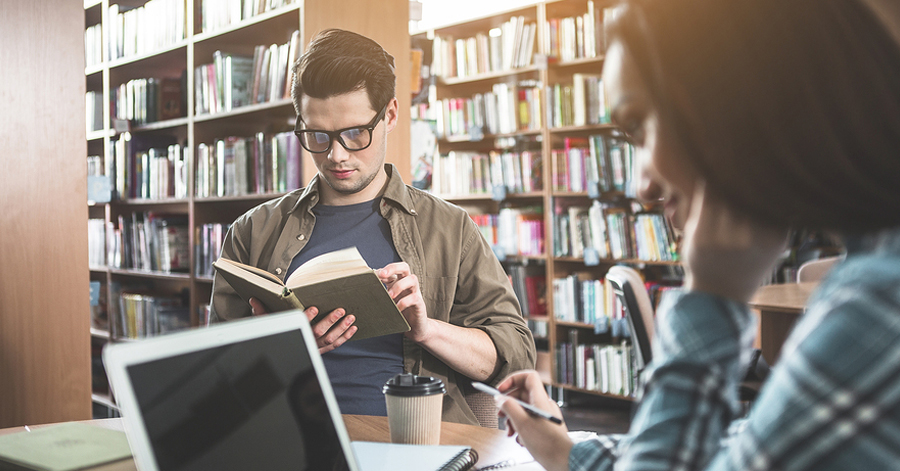 Library Resources to Help You Achieve Your New Year’s Resolutions!

Happy New Year! Did you know you can use apps on your smartphone to make helpful lifestyle changes throughout the year?! There are apps available for calorie counting; mindful-eating tips; workouts (filterable by skill level, intensity, and duration); meditation, self-care, organization, and much more! Learn all about apps during these two programs taught by an instructor from Sharper Training Solutions.

Our free database Pronunciator is a fun and free way to learn any of 80 languages with self-directed lessons, live teachers, movies, music, and more. We also have an English-Spanish Conversation Group Wednesday mornings at the library for those interested in learning English or Spanish!

Get Out of Debt/Save Money:

The Islip Library has a subscription to Ancestry.com Library Edition. This database, available on any of our public workstations (in-library use only), provides access to over 11 billion records online, including census, immigration, military, vital records, and a variety of other resources. Other genealogy databases are available as well through Live-brary including Heritage Quest and Fold 3.

Get fit and have fun with Joy Walker during this interval training workout on Friday mornings.
Are you unable to attend our fitness class? Try some of these fitness DVDs at home instead.

Did you know that the Islip Public Library offers free museum passes and discount tickets for local and New York City area museums to Islip Library cardholders?! We currently have passes available to the following Long Island museum sand places of interest: Empire Pass for NYS Parks; Fire Island Lighthouse; Long Island Children’s Museum; Old Bethpage Village Restoration; Sagtikos Manor (only open during the summer); and The Vanderbilt Museum and Planetarium. We have passes available to the following New York City museums: The Intrepid & The Frick Collection.  We also have discount tickets available to: Long Island Aquarium in Riverhead and the Museum of Natural History in NYC.

Take an online learning course available free of charge through Live-brary. Courses are taught from a variety of professors from Yale, Harvard, MIT and more! There are many topics to choose from.

Find a Diet that Work for You:

Find a diet that works for you. We have a wide variety of books located in our non-fiction collection! 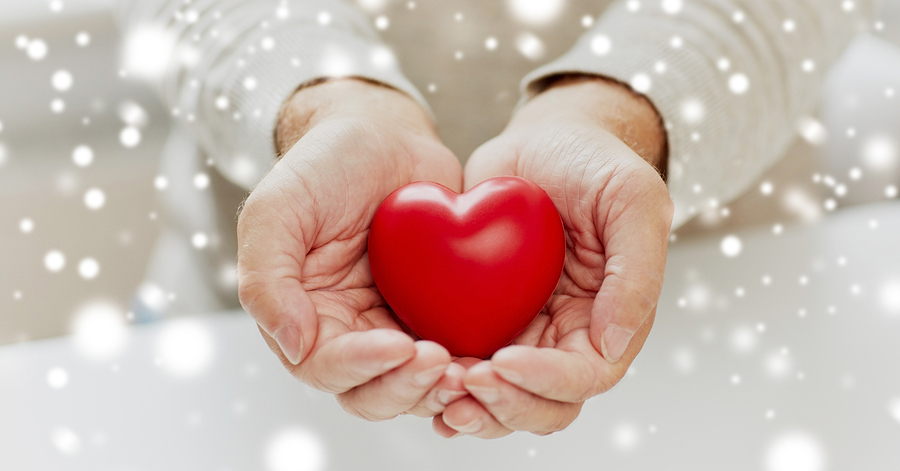 It’s that time of year again, and for many of us it’s not quite the “most wonderful time of the year.”  It can be a time when the accumulated losses of life hit us the hardest. If you’ve been on the Earth for a while, chances are you are missing some very special people who have either passed away or moved away.  At the same time you’re being bombarded with media images of intact, ‘happy-all-the-time’ extended families in beautiful settings with piles of gifts and tables laden with elaborate dishes. Despite the pervasiveness of these glossy images, it’s not the reality for many who may be feeling overworked, under-financed, unwell, stressed out, or sad about missing loved ones. Just because you or your family have always celebrated the holidays in a certain way doesn’t mean you have to keep doing what no longer works. You might want to try something new. It helps to spend time on activities that feed your spirit and increase your focus on experiences instead of things. Maybe you can cancel some time sucking activities that you don’t enjoy in order to free up time for the things you do enjoy! If you have kids, what they really, really want is your time and attention, not more stuff - no matter what they say! You could create some crafts, take a hike, attend a free program or performance at the Library, volunteer your time to a good cause, play a game, do a puzzle, visit an elderly relative or neighbor, check out some Library books, read aloud, or deliver gifts to people who actually do need stuff.

And…. Enjoy some of our offerings at the Islip Public Library! :

The Library is collecting toys and items for kids and teens through the Family Service League’s PROJECT TOY.  We’re also hosting a family community service event - The Gift of Giving, on the evening of December 20 to create toiletry bags to be delivered to guests at a local soup kitchen.

There’s a special volunteer opportunity for teens on December 15 - the teens will be wrapping gifts that patrons bring in to the Library. It’s free and we supply the paper and ribbons too!

Bring your child to the Library to read aloud to a therapy dog on December 20. Animals have a special non-judgmental way of slowing us down and keeping us grounded.

Don’t miss meeting Mary Poppins herself as she makes a special appearance at the showing of the Mary Poppins movie on Saturday, December 22!

Stop in to see the Polar Express train set that will be gracing a large table in the Children’s Room during the month of December – magical!

As always there are many free programs to attend at the Library including some new drop-in programs for kids.

Take advantage of the Library’s Museum Pass program. Passes are free. Enjoy a fun, educational day. Reserve a pass from our website: www.isliplibrary.org

Stretch your gift budget by visiting the Library’s sale shelves to buy some gently used, very inexpensive books and DVDs.

Take a look at our newsletter for more information about Library programs.​

For even more ideas about simplifying the holidays while making them more meaningful, you may want to visit these websites: 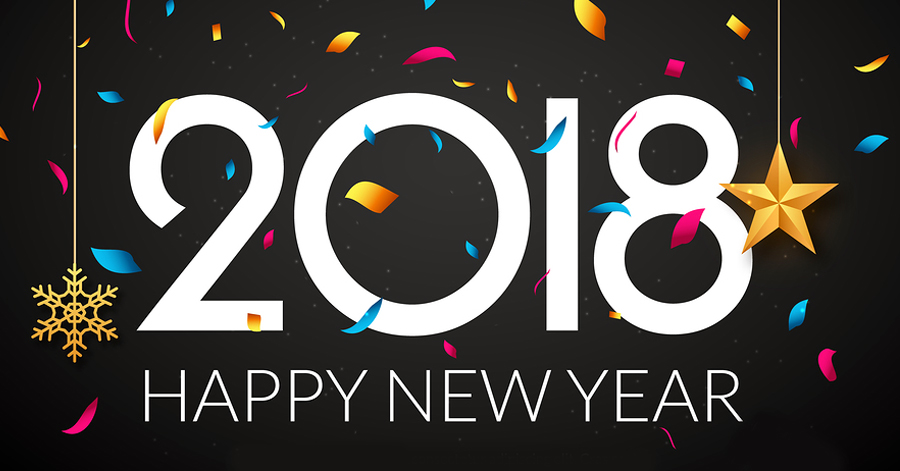 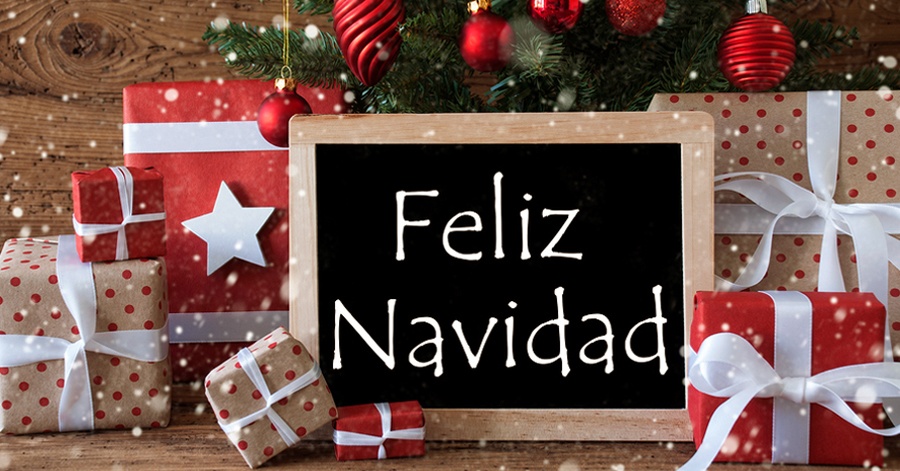 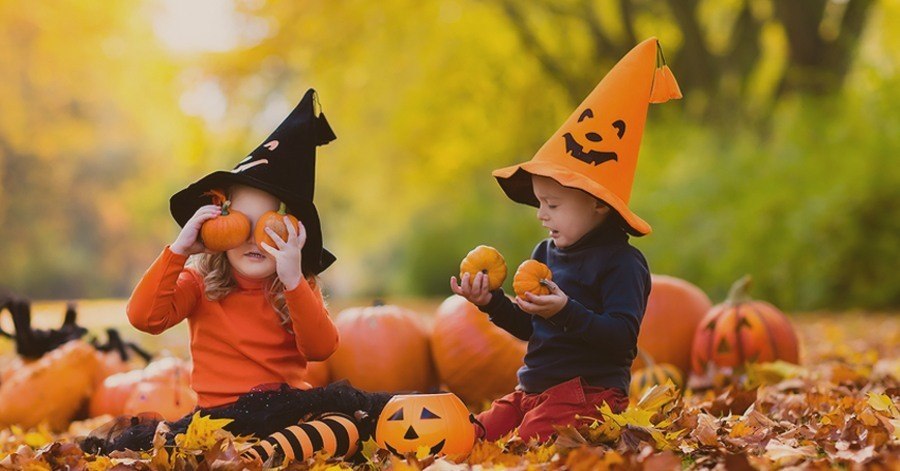 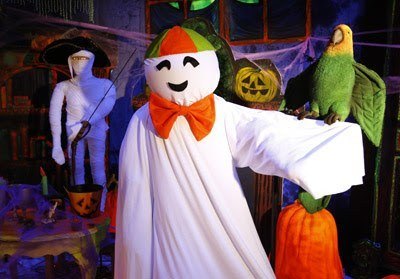 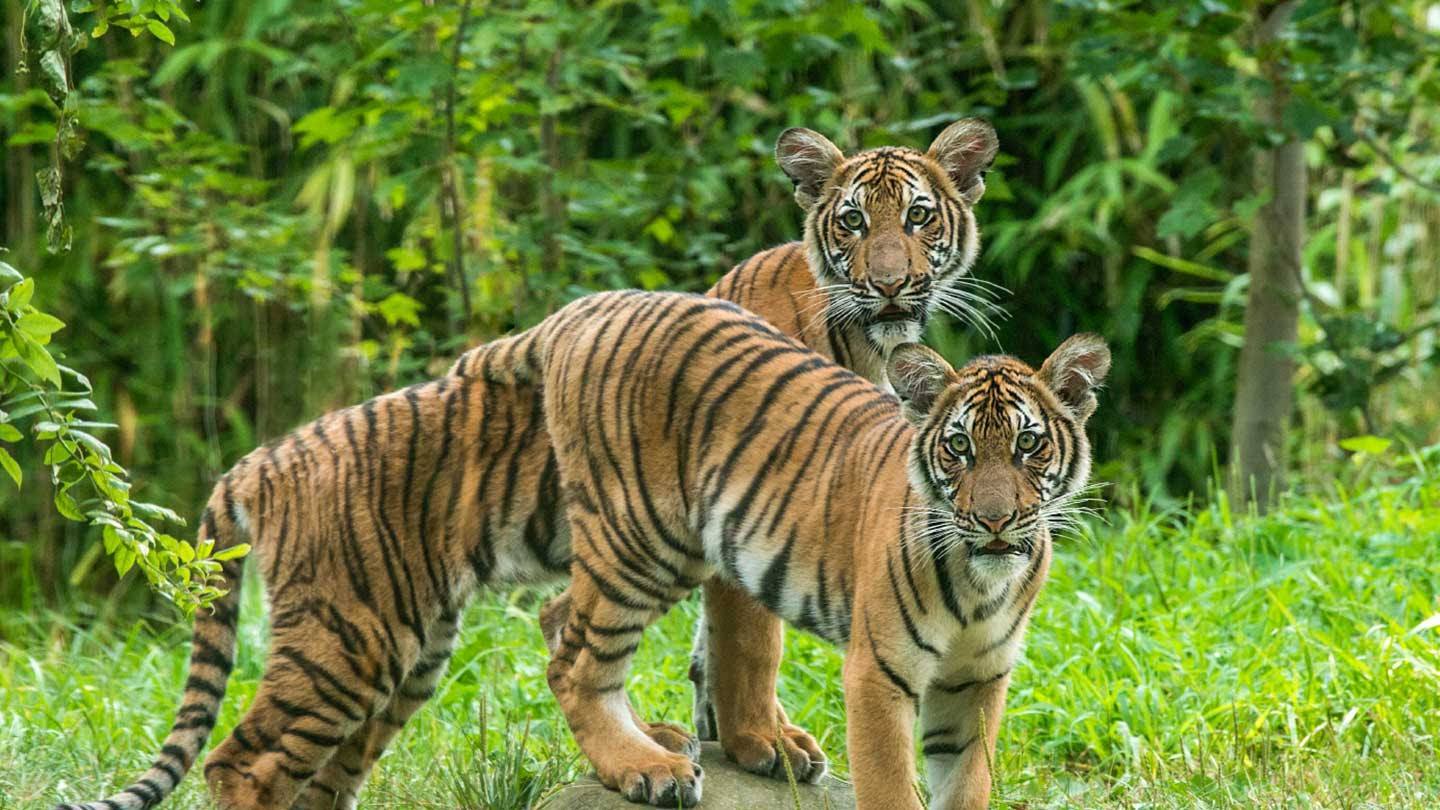 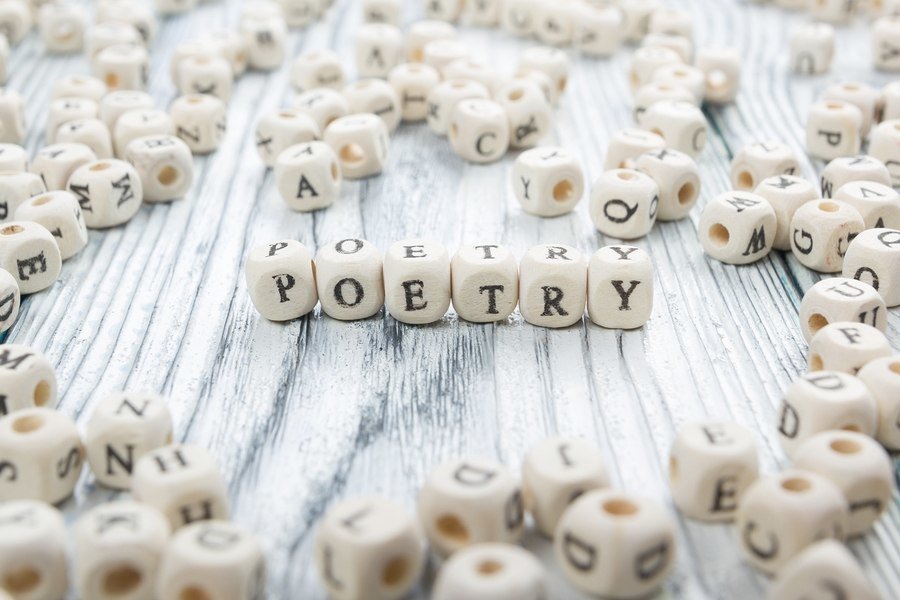 Who needs poetry anyway? You do!

Not all poems are difficult to understand, many are quite accessible and inspirational.

You like music, right? What do you think song lyrics are?! Poetry of course!

Poetry calls us to slow down and listen. The language and rhythm of poetry invites us to break out of the trap of logical thinking, and to tap into our deep intuition - our inner knowing. A poem that really speaks to us can demand our attention in such a way as to offer us possibilities beyond what we have dared to dream of in our “real” life.

Here are a few short examples:

​Give me the pulse of the tide again
And the slow lapse of the leaves,
The rustling gold of a field of grain
And a bird in the nested eaves…

​Dance me to the children who are asking to be born.
Dance me through the curtains that our kisses have outworn.
Raise a tent of shelter now though every thread is torn, and dance me to the end of love.

Like those? I hope I’ve whet your appetite for more poetry!

Stop into the Library during the month of April and check out our display of poetry books.

Take it even further and celebrate National Poem in Your Pocket Day, by selecting one of the photocopied poems (or choose one of your own) from the table display. Keep the poem with you all day on April 28th and take time to read it to yourself and to anyone willing to listen throughout the day!

Consider this quote inscribed on the headstone of the great artist Jackson Pollock in a cemetery on the East End of Long Island:

Artists and poets are the raw nerve ends of humanity. By themselves they can do little to save humanity. Without them there would be little worth saving. 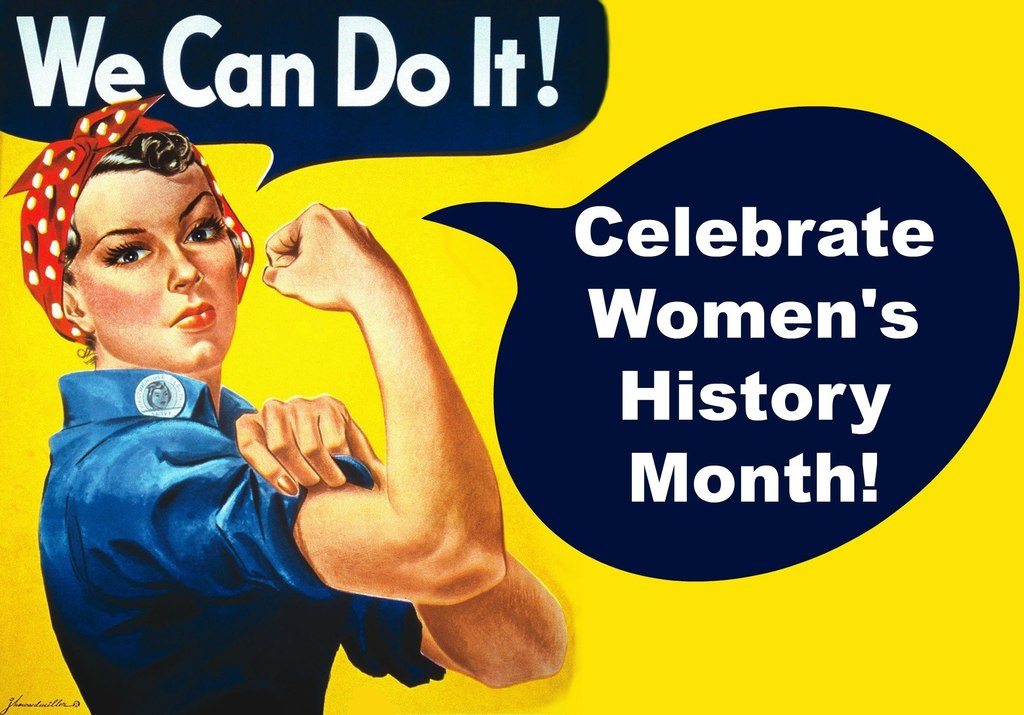 Women’s History Month was established by Congress in 1987 to pay tribute to the generations of women whose “commitment to nature and the planet have proved invaluable to society.” (from www.womenshistorymonth.gov)

Some Landmarks in U.S. Women’s History:

Elizabeth Cady Stanton and Lucretia Mott (among others) were in attendance. The Declaration of Sentiments and Resolutions, calling for equal treatment of women and men under the law as well as voting rights for women was signed at this convention.

1872: Susan B. Anthony cast her vote to test whether the 14th Amendment would be interpreted broadly to guarantee women the right to vote. She was arrested and tried in June 1873; and convicted of unlawful voting.

1923: The First Equal Rights Amendment was introduced. It states: “Men and women shall have equal rights throughout the United States and every place subject to its jurisdiction.” The ERA was sent to the states for ratification in 1972 with a 7-year deadline. It quickly won 22 of the necessary 38 ratifications, but the pace slowed and even with the extension granted by Congress until June 1982, if fell short of votes. The Amendment was reintroduced in July of 1982 and has been introduced before every session of Congress ever since.

1932: Amelia Earhart made the first transcontinental nonstop flight by a woman

1933: Frances Perkins was sworn in as Secretary of Labor, and the first woman in the U.S. cabinet.

1934: Babe Didrikson pitched a full inning for the Philadelphia Athletics (vs. the Brooklyn Dodgers).

1963: The Equal Pay Act became a federal law, having been proposed 20 years earlier. The law states that employers must pay everyone equally for performing the same job duties regardless of the race, color, religion, national origin, or sex.

1965: The Supreme Court Issued a landmark ruling legalizing the use of contraceptives for married couples. The ruling was extended to include single women in 1972.

1972: Congress passed Title IX of the Education Amendments. The law requires that schools receiving federal funds provide equal access to educational programs for men and women. Title IX is credited with the growth of sports for women and girls at the high school, collegiate, and professional levels.

1973: Supreme Court established abortion rights in Roe v. Wade. Women were granted the legal choice of whether or not to continue with their pregnancy.

1973: Women-only branches in the U.S. Military were eliminated, integrating women into all branches of the U. S. military.

1984: Geraldine Ferraro became the first woman to run for Vice President of the United States on a major party ticket.

1993: Janet Reno became the first woman to hold the office of Attorney General of the United States.

1997: Madeleine Albright was sworn in as the first female Secretary of State.

2009: President Obama signed the Lilly Ledbetter Fair Pay Act; this law changed the Civil Right Act of 1964 which said that discrimination complaints must be brought within 180 days of the discriminatory act; expanding workers’ rights to sue for pay discrimination.

The Islip Library has many books and some movies about women’s rights and achievements. We have biographies about amazing women of today and women in history for all age readers. You may enjoy watching Suffragette, a 2015 movie in our DVD collection, starring Meryl Streep and Carey Mulligan to get a sense of what American women endured in order to claim their right to vote. Come into the Library to check out our March display of Library materials about Women’s History!

For some great fiction about women's interior lives try these titles:

***IMAGE: real Christmas tree image with lights & gifts underneath in room w/o people***