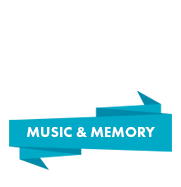 Hey, have you heard there’s a new Star Wars movie? Have you seen it three times, bought the lunch box, and changed your middle name to BB-8? If the answer is yes, then you must also know that Star Wars Episode VIII isn’t coming out until May 2017. Here are a few other galactic movies that will help you pass the time.

If you are a Star Wars fan, you may have certain feelings about Star Trek. But did you know that J.J. Abrams, who directed Star Wars: The Force Awakens, also did a phenomenal job of directing the new Star Trek series. The latest Star Trek series has an edgier tone and non-stop action.

If you’re hesitant about becoming a Trekkie, you should check out Guardians of the Galaxy. It has a superb cast including Zoe Saldana, Vin Diesel, Bradley Cooper, Benicio del Toro, and Hollywood’s new ‘It Man’ – Chris Pratt. The film is a bit humorous and has a 91% positive rating on the Rotten Tomatoes website. If you’re a music buff, grab the Guardians of the Galaxy soundtrack, which features some great hits from the 70s and 80s.

Still looking for more? Avatar is one of the most visually stunning movies of our time and has recently announced that it will be a tetralogy (four movies.) Academy Award winning director James Cameron, best known for Titanic, will also direct the next three movies. Avatar is thrilling, touching, and enlightening. The next Avatar will be released sometime in 2017, so be sure to watch this one soon.

If movies just aren’t enough, grab the Star Wars Battlefront video game, which is available for PS4 and Xbox One. Star Wars Battlefront lets you immerse yourself in the original trilogy by playing some of your favorite characters and exploring classic planets from the movie. You can even pilot the beloved Millennium Falcon!

For those of you who haven’t yet seen the new Star Wars, and we know you’re hiding out there…you probably need to revisit the entire Star Wars franchise or at a bare minimum watch episodes IV, V and VI before seeing The Force Awakens. This mini marathon would also be a hit with any new Star Wars fans in your home. The Islip Library has added about twenty boxed sets to our collection of Star Wars I, II, III and Star Wars IV, V and VI so you can watch them over and over again. Come on in and talk to our professional Star Wars guru librarians so we can share with you the proper order to watch them in!

About the Author Matt Wuthenow