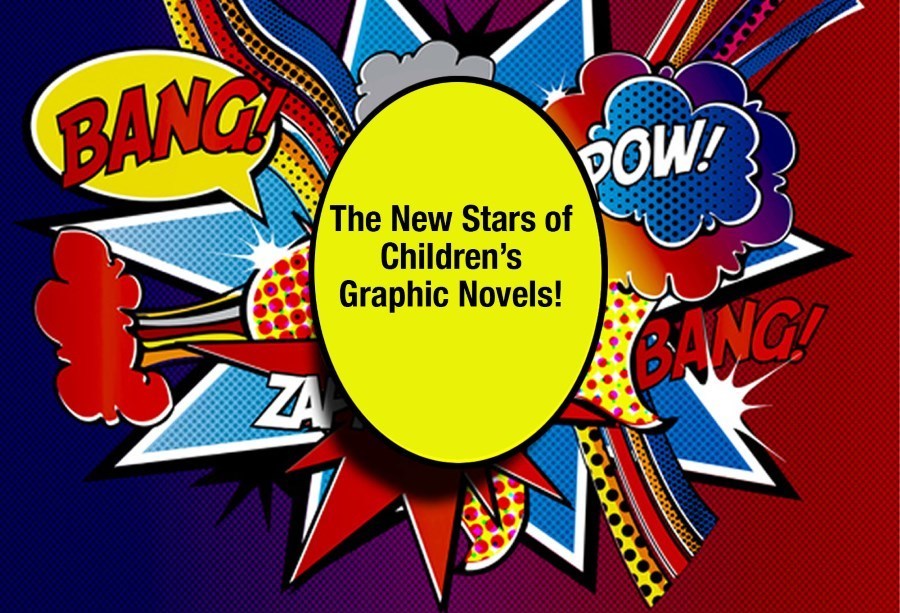 Graphic novels have come of age since I became a Librarian in 2007. As the technology to design and print them has developed, so has the artistic vision of many old and newer authors. Today, you can find graphic novels that are tailored to many different demographics. Being a rabid reader of comics and graphic novels in my youth, and being influenced with the ideas I found in them, I am sure that my life would be different (and dull) if I had not read Spiderman, The Hulk, The Adventures of Tin Tin and my two personal favorites from European authors, Lucky Luke and Asterix. As of late I am glad to see more acceptance of the genre by libraries and parents, and I am sure that Hollywood superhero movies and manga now play a large part in popularizing graphic novels of newer artists among kids.

If you have not had the chance to read some of the older adult modern classics of the genre like The Sandman series by Neil Gaiman, Maus by Art Speigelman, and Persepolis by Marjane Satrapi, you may not be aware of the strides comics have made in the last two decades in terms of how they have pushed the boundaries of what can be done in the genre. The storytelling, artwork, and the presentation of many novels has improved greatly from the days of the corner store five cent comic book.

In the same way the novels above elevated the genre, there are also some very clever and exciting graphic novels now being written for children by a few talented authors. Here are a few of my favorites.

A little fact: He created The Sandman, one of the most intellectual and revolutionary series of children's graphic novels. Mr. Gaiman is a graphic novel “god”!

Why I like his work: Dark and mysterious in his work most of the time, Mr. Gaiman can take a morally ambiguous character like a ghost or Lucifer (yes, the devil) and really get us to like him!

A little fact: The illustrator for the Baby Mouse series is none other than her brother, Matthew Holm.

Why I like their work: Baby Mouse is a phenomenon! Girls like the assertive character that gets into everyday trouble. With Squish, Ms. Holm shows she can come up with more quirky characters that we love.

A little fact: He went to the University of California, Santa Barbara to earn a film degree. His graphic novel series Amulet feels like a sweeping Hollywood golden age epic.

Why I like his work: Dark and Light, Mr. Kibushi puts characters that seem to be from kids’ television shows and places them in situations from Star Wars or the Lord of the Rings.

A little fact: A Universal Studios movie based on his Lunch Lady series will star Amy Poehler.

Why I like his work: He’s funny. And Mr. Krosoczka makes me really like my school lunch lady.

A little fact: He illustrated many books for children, including The Higher Power of Lucky by Susan Patron.

Why I like his work: Mr. Phelan is a master at making history come alive by relating the minutiae of the everyday lives of historical figures like Buster Keaton.

A little fact: She is married to Dave Roman, a great graphic novel writer and editor in his own right!

Why I like her work: Ms. Telgemaier is a modern voice that tells it like it is for girls and how it is to grow up in America today.

A little fact: If you are a Gen’Xer like I am, you may just remember Earthworm Jim, that marvel of marvels in the videogame world that Mr. TenNapel created.

Why I like his work: Mr. TenNapel’s work is fun! The characters are wacky and there is social commentary hidden in his novels.

I should also mention that the graphic novels El Deafo by Cece Bell, and Rollergirl by Victoria Jamieson won Newbery honors in 2015 and 2016 respectively. These are the first two graphic novels to win honors in the history of the award! If you want to read a good book, either one is a great introduction to the genre.

In the meantime, if you have a favorite children's graphic novel I did not mention, please leave a comment below!

About the Author Erik Schmid