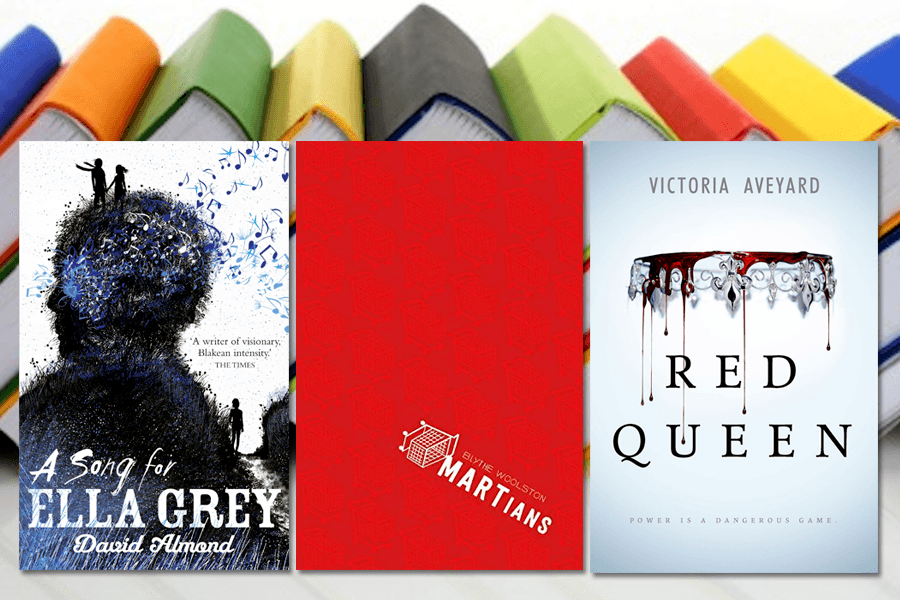 Sixteen-year-old Willowdean wants to prove to everyone in her small Texas town that she is more than just a fat girl, so, while grappling with her feelings for a co-worker who is clearly attracted to her, Will and some other misfits prepare to compete in the beauty pageant her mother runs.

This is a realistic and engaging story that touches on the humorous side of real teen problems without being to preachy. If you like John Green and Rainbow Rowell books you surely will love this book.

In a world divided by blood--those with common, Red blood serve the Silver-blooded elite, who are gifted with superhuman abilities--seventeen-year-old Mare, a Red, discovers she has an ability of her own. To cover up this impossibility, the king forces her to play the role of a lost Silver princess and betroths her to one of his own sons. But Mare risks everything and uses her new position to help the Scarlet Guard --a growing Red rebellion--even as her heart tugs her in an impossible direction.

The planet Kerenza is attacked, and Kady and Ezra find themselves on a space fleet fleeing the enemy, while their ship's artificial intelligence system and a deadly plague may be the end of them all.Told through a fascinating dossier of hacked documents—including emails, schematics, military files, IMs, medical reports, interviews, and more—Illuminae is the first book in a heart-stopping, high-octane trilogy about lives interrupted, the price of truth, and the courage of everyday heroes.

Claire witnesses a love so dramatic it is as if Ella Grey has been captured and taken from her, but the loss of her best friend to the arms of Orpheus is nothing compared to the loss she feels when Ella is taken from the world in this modern take on the myth of Orpheus and Eurydice set in Northern England. A powerful and emotional deep read with typical teens in love. It is both heartwarming and heartbreaking.

In a near-future consumer dystopia, Zoë Zindleman must choose from limited, bleak housing options, including a converted strip-mall refuge that offers safety and proximity to her new place of work, ALLMART. A book that makes you look at the futuristic world of three young people trying to make sense of their place in society.

About the Author Mark Irish